Blake was back in the witness room, papers now scattered all over the place, still sitting in Johnny’s office chair, about which Taran had a complaint on his voicemail. Johnny didn’t like the folding chairs, no matter that he was rarely in the office.

Blake had put up a timeline on the wall, both from Elaine’s murder and the ones earlier, looking for commonalities. Both Bethany and Jodie had been murdered on a Monday. Amanda had been killed on a Wednesday.

The dates appeared to have nothing in common, at least not that they’d found. According to Blake, he had people looking up what had happened on those dates to see if any of them held some significance, although chances were that the dates were only significant to the killer.

Taran stood in the doorway, holding his late afternoon coffee, which smelled better than it would taste, his shirt sleeves already rolled up because it was warm outside, although not nearly as humid as the day before. In fact, it would have been a pleasant day if he worked in an office that actually had air conditioning.

“Get anything from Frank?” Taran asked.

Blake looked at him, glared. “Did you?”

“Come off it. If you’re half the officer you’re supposed to be, you were there right after I was. Probably had to pull over into the trees to avoid being seen on that narrow road unless there’s another way in,” Blake snorted.

Taran was proud of himself for having waited until morning to go see Frank. He hadn’t had to worry about running into Blake.

Taran shook his head. “Frank wouldn’t tell me anything back then. Didn’t think he’d tell me now. He just had a gut feeling you guys wouldn’t be any more successful than he was.”

Blake glared and looked back at the papers, ignoring him. “What about that Zoe woman? She dead yet?”

“You’ll be the first person I call,” Taran said, though he wanted to punch Blake for making light of someone’s potential demise, especially Zoe’s. He got nervous thinking about her, that gut feeling that something was wrong, that he needed to try and protect her, except to do so, he’d need to think in ways he hadn’t ever thought before. He’d need to think about things that shouldn’t exist, couldn’t exist.

That creature was part of a world he didn’t understand and couldn’t just make light of, so here he stood, hoping that Kay was around and helping out, keeping Zoe safe so they’d know what they were dealing with. The newspaper archives hadn’t panned out, not the way he’d hoped. He’d been led into an attic room that no one had been in in about twenty years, at least since they’d started saving old copies on computer, and it was every bit as dusty and dank and cobwebby as he’d expected.

“You don’t worry about something eating the paper?” Taran had asked.

The kid who had led him up there shrugged. It was only a small town paper. They probably didn’t think they had much worthwhile in there. But Taran had dutifully set himself in his chair and began going through the papers looking for family links.

“I got back about thirty years in the morgue,” Taran said when it was clear Blake wasn’t going to say anything else. “Nothing that linked the women so far as I could see, at least nothing other than what we’d said about them.”

“They know each other?” Blake asked.

“To speak to, probably. I think Jodie Mason-Hyer was friendly with Bethany Shields. Zoe called her Beth rather than Bethany. So far as I know only those who knew her well shortened her name.”

“The families go back, all of them, but again, didn’t see anything linking them other than living in town. They don’t avoid each other. Now and then they worked together on a pumpkin fest or the woodworking carnival they used to have here, but they weren’t close friends. More like neighbors in the same small community,” Taran said.

“Seems like there’s something connecting them. They don’t go to the same church. They didn’t work in the same office, although they were all connected to the city government. You interview your mayor?”

“Everyone talks to the mayor,” Taran said. “If you think he’s a suspect, you talk to him, but he’s been in a wheelchair for the last six years after a car accident.”

Blake frowned and made another note, disappointed that a high profile collar had probably just passed him by. Not that someone in a wheelchair couldn’t kill someone else. Poison and guns were both great equalizers. Chances were, given that the women all looked untouched, the method was more likely poison, but that still left the question of why, at least it would for Blake. If Taran hadn’t already convinced himself that the killer wasn’t a who but a what he’d be tempted to mention Jodie’s dream of running for mayor

“What’s up, Mattie?” Taran called back. He stepped out of the witness room and into the hallway that was painted a too bright white and was scuffed and scraped after years of use.

“Got a call over on Esther. Mrs. Fisher says she saw something in her garden. She thought it was a dog but when she went out, nothing was there. She’s scared after all the stuff with this killer,” Mattie said.

Blake was looking at him thoughtfully. “Think I should join you?”

Taran thought about it. The Fishers would be catty corner behind the Hyer home. If something was going on, Taran didn’t want Blake there to interfere.

“Mrs. Fisher isn’t young anymore and she’s always seeing things. Last week she was certain there was a panther in her yard. Haven’t had one of those in this area since I was born, I don’t think,” Taran said. It was true enough. It was only the timing that was off. That had been last summer, close to the anniversary of Amanda’s death.

Taran realized that it hadn’t meant anything then, but maybe it meant something now. Something that was concentrated around the house Zoe was staying at. He needed to get over there.

Chapter 34 will be coming next Friday. Don’t want to wait? Find the book here. 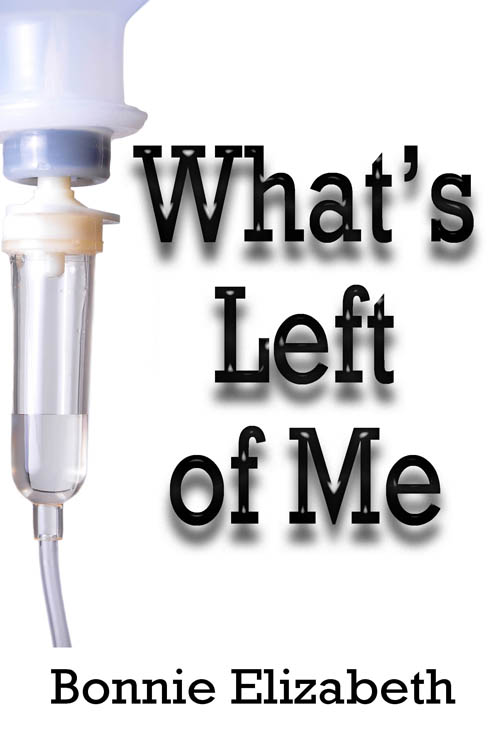