Blake was still in the witness room. He’d asked for a better chair. Taran gave him one from the other office, an old office chair that was marginally better than the folding chairs with the upholstery. Taran had exited to his own office, which smelled of his own coffee and not the good stuff Blake had gotten and not shared. Taran knew if he were going into the county sheriff’s office, he’d have brought coffee for Blake. The air conditioning that was normally off at the end of October protested as it turned back on, attempting to keep the building cool again, long after it should have been taking its winter nap.

They’d talked about the murders and the differences between them. The trowels all looked the same. In fact, holding two of them together, there weren’t even minor imperfections between them.

“Must have been a real high-end thing,” Blake commented.

Frank had used forensics from the county during the earlier murders, and the similarities between the trowels had been noted. They’d also tried tracing them. Nothing. The new one was just as perfect as the others.

“You have to wonder how the killer kept them so pristine,” Blake commented, looking at the notes and the photos.

Taran wondered, too, but then he was wondering a lot of things he couldn’t share with Blake.

A pattern might emerge, but how many others would be killed before they figured it out? Taran worried about Zoe, wanted to hit himself for worrying so particularly about Zoe. He had a feeling that after this she’d be going back to Portland, leaving him in Corbin Meadow. Corbin Meadow was home to him in a way it clearly wasn’t to her. He’d proven with Kay that home was important to him, too important to leave it to try and make a relationship work. After all, how could a relationship last if it required one person to rip the roots of his life up from the soil in which they were planted?

Taran forced his thoughts back to the murders. Maybe the pattern was longer term. Maybe other things had gone on before he was born, especially if that creature he’d seen at Zoe’s had something to do with the murders. The newspaper morgue might be a help. There wasn’t much of a newspaper in Corbin Meadow, never had been, and now it was only online, which he hated because he could never quite navigate the site. But there was still an office. Someone, surely, would show him how to look through the old records.

“I’m going to the newspaper,” Taran said, looking in at Blake who was sorting records in the witness room, re-reading statements, making notes of things he might want to clarify.

“You can’t tell them what we discussed!” Blake started to stand.

Taran shook his head, put his hands out. “The morgue there. To see if something similar has happened before my time. Maybe it’s a family thing. I was thinking about that when Zoe Mason-Hyer Parker seemed to be threatened. Maybe there’s a connection between the families that I’m too young to know about or most of the people in town have forgotten. Dolly Jean at the historical society wasn’t much help but maybe the newspaper…”

Blake was beginning to nod. “Thinking it’s not just random?”

“Serials, and likely this is one, tend to focus on something specific. We were thinking women in power. The guy has a problem with women he perceives as being in authority,” Blake said.

“But Bethany was only a secretary. Never harmed anyone,” Taran said.

“Maybe because she worked for the mayor. He couldn’t act on his hatred of that authority but he could take her out. The others though—Amanda was a police officer, can’t get much more of an authority than that,” Blake said.

It made sense. Taran wondered about that.

“Zoe isn’t an authority, not here,” Taran pressed. “Not that she’s been harmed, but I want to make sure nothing happens to her, or anyone else.”

Blake drew in a breath. “We haven’t found anything in our research. I’ll be going back out to the crime scene later, take another look now that it’s not pouring, or threatening to. Probably nothing there. According to Frank’s notes, there wasn’t anything last time.”

Taran remembered. Nothing really to help them at all. They’d run down that damned trowel six ways to Sunday, so nothing Blake had said surprised him.

“Why didn’t Frank call us in last time? Or the Feds?” Blake said, leaning back far enough that the chair squeaked a little.

“Just said it was a local thing,” Taran said.

Blake was shaking his head.

Taran waited, not saying anything.

“I get that small towns are possessive about their folk. I grew up in one,” Blake began. “But this wasn’t just protecting his town. People died, possibly because he didn’t act. I want to know why he’d take that chance.”

“We’d talked about going to the Feds if someone else died,” Taran said. “Other than that, I couldn’t tell you why Frank made the decision not to call the sheriffs in.”

Blake nodded. “I guess he’ll be on my list of folks to chat with.”

Taran left the other man to ruminate on whatever thin leads he could follow. He had a feeling Frank wasn’t going to be particularly forthcoming with Blake, but maybe he’d be more open with Taran. He might need to go visit him later on, but only after he made sure Blake had made his visit first. He didn’t want Frank letting something slip to the sheriff about him coming by. Who knew what could set off Blake Fellows? Taran wanted to stay in the loop on this investigation.

Chapter 29 will be coming next Friday. Don’t want to wait? Find the book here. 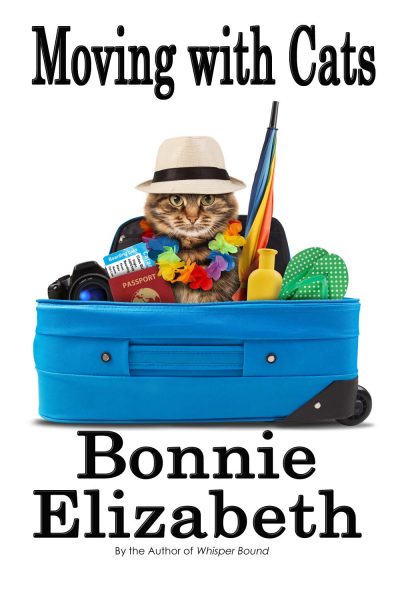